Disclaimer: You should consult your veterinarian for professional advice on any and all medication for your dog. The advice on this page should not be treated as authoritative. 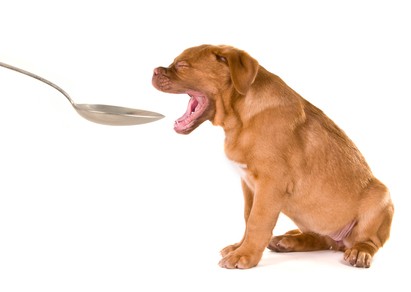 So now that we got that out of the way…

Medication can be an important part of treating behavioral problems in dogs. Anxiety disorders benefit particularly from drug therapy because by reducing anxiety, the dog is better able to respond to a retraining program.

It's important to realise that drug therapy is only a small part of treating separation anxiety in dogs.

Any medication must be accompanied by a carefully planned program to teach your dog to cope better with being alone.

Serotonin is a neurotransmitter chemical that is responsible for feelings of calmness and happiness. It is produced in one brain cell then moves across to the next cell, where it triggers a receptor. 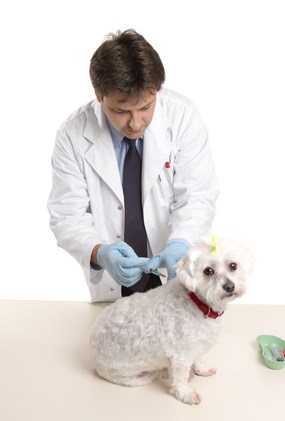 This results in the feeling of well-being. When it has done its job, it is then taken up again into the brain cells, a process known as re-uptake. As the name suggests, the SSRI drugs block that re-uptake, so there is more serotonin available to make your dog feel calmer.

The best known drug in this group is fluoxetine, which is marketed under the brand name Reconcile. It can take a week or two before the medication has its full effect, so don't expect an immediate response to treatment.

It's not easy to learn new things when you are stressed and anxious, and your dog is no different.

The main benefit of Reconcile is that it improves his ability to respond to retraining by reducing his anxiety while he learns.

The effects of Reconcile were appreciated by the owner of a Cavalier King Charles Spaniel that became extremely distraught when she went to work.

The neighbors had told her that her dog was crying for hours, and she frequently came home to torn furniture and cushions.

After treatment, the dog was much more relaxed and her owner could go off to work with less worry.

Clomipramine, better known as Clomicalm, falls into the category of drugs known as TCAs. These drugs also result in higher levels of feel good chemicals in the brain, but have a different mechanism of action. They block the re-uptake of both serotonin and norepinephrine.

It is used in a similar way to Reconcile; an ongoing treatment while your dog learns new ways of coping when alone.

Diazepam, or Valium is the benzodiazepine that most people are familiar with. However, veterinarians are more likely to prescribe alprazolam, better known as Xanax. These drugs work by making the chemical GABA work better. GABA specifically calms the brain down, and the result is less anxiety and often some sedation.

Xanax can be used in conjunction with long term use of both Reconcile and Clomicalm. Use it when you are going out without your dog. You'll see a response within 60 minutes, and its effects last for a few hours. 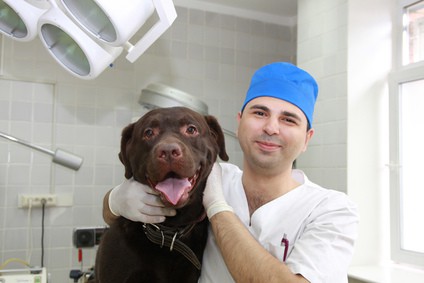 If you are going to use Xanax, it's a good idea to give him a dose while you are at home and he is not anxious. That will let you see if he will have any side effects that you need to worry about. Dogs don't appear to have any addiction problems with the use of benzodiazepines.

Dog appeasing pheromone is a chemical that is produced by a mother while she is feeding her puppies. It has a calming effect on both her and her babies, and enhances the bond between them.

This chemical is now being manufactured and incorporated in aerosol sprays, dog collars and plug-in diffusers.

The results of studies into its effectiveness have suggested that DAP doesn't have much effect on separation anxiety in dogs. However, there are many anecdotal stories about how it does help. It will do no harm, so it may be worth a try.

Most dogs will need ongoing treatment with Reconcile or Clomicalm, and occasional treatment with a benzodiazepine as needed. It is normally recommended that treatment continue for at least a year. If, after that time your dog has been doing well, then you can speak with your vet about slowly weaning him off his medication.

Next post: Training Tips To Eliminate Separation Anxiety in Dogs

Previous post: Separation Anxiety in Dogs – What Signs and Symptoms to Look For?