The Norwegian Lundehund temperament makes him a joy to watch, and a pain to train. This is because he loves having the upper hand over you – or, at the very least, thinking he does 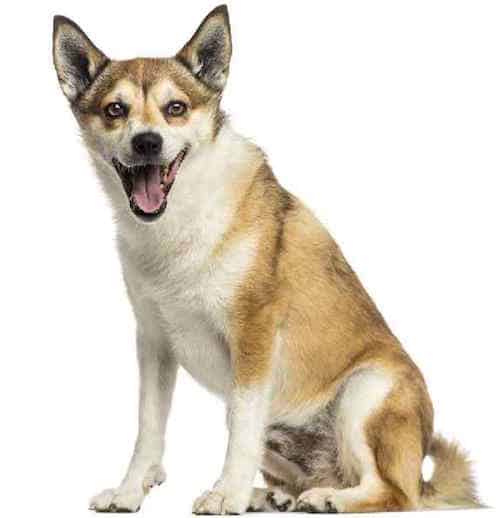 There are four traits you should be aware of concerning the Norwegian Lundehund temperament. These traits will help you decide whether you two would be a good match:

Those in-the-know compare the Lundehund to a fox due to his swiftness and agility.

He pounces on his toys like a cat, grabbing them with his toes and throwing them about in the air.

He also plays games with himself in that he hides his own food and toys. He likes to seek out just the right spot before squirreling his goodies away for a later date.

Lundehunds are unabashedly loyal to their families. 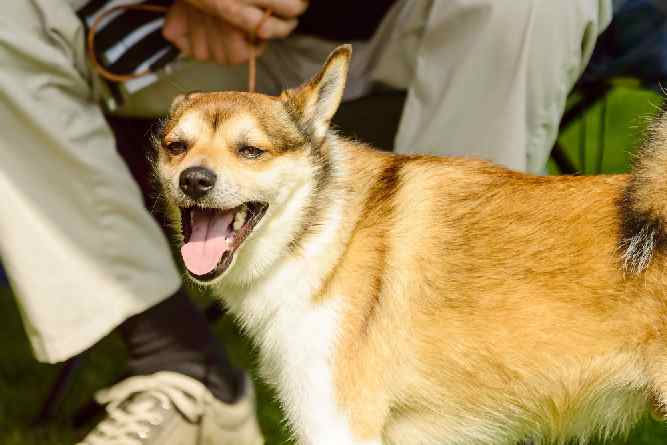 They enjoy pleasing their masters almost as much as they love challenging them. Almost.

You may have seen alert dogs before, but you've never seen a dog as alert as the Lundehund.

This dog's Spidey-sense is constantly tingling. You might even think he was once a feral dog in the wild, based on how hyper-sensitive he is to his surroundings.

If he senses anything is amiss, he will bark – not to be aggressive, but out of protection for his family.

He tends not to trust strangers, though if you socialize him early and often, you can help him warm up to other people.

A Brief History of the Norwegian Lundehund Dog Breed

In fact, the Lundehund has been alive since before the Ice Age, living off fish and birds. Early breeders of Lundehunds used them as working dogs to hunt puffin.

In fact, the “Lunde” in the Lundehund’s name is actually the Swedish word for puffin!

At one point, there were only six Norwegian Lundehunds left in the world due to a distemper outbreak. However, with careful breeding, the Lundehund has bounced back, and there were about 1,400 dogs in the world as of 2010.

A Norwegian Lundehund puppy is a tough one indeed to train. It's not because he's not smart, but mostly because he's too smart!

In other words, he'll learn things alright, but probably not what you're trying to teach him. He'd much rather use his cleverness to get what he wants, rather than obey what he's told. 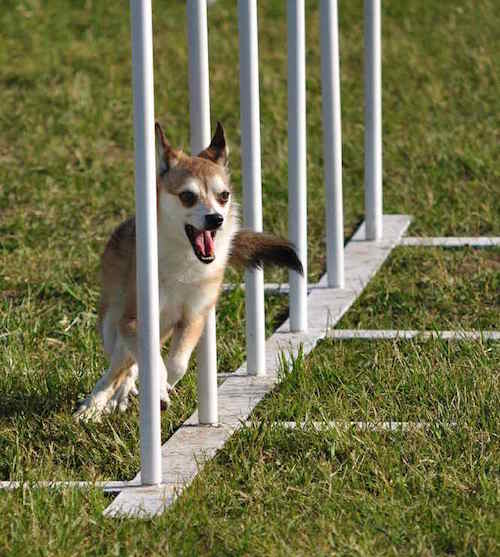 He can be manipulative, making outsmarting you the name of his game. No crate nor obstacle will deter him for long.

And once he learns how to get past an obstacle, or break out of a crate, he remembers how to do it again. He keeps you on your toes for sure, this one.

However, even when he makes you angry, go easy on him. If you’re too harsh with a Lundehund, he may develop trust issues for life.

Housebreaking a Lundehund is the absolute worst. Some Lundehunds never fully learn how to ask to go outside when they have to go and instead require a doggy door.

If you choose to use a doggy door, make sure you limit his access to the yard. You don't want to trust this troublemaker with a wide-open space for him to figure out how to escape it.

The Online Dog Trainer by Doggy Dan a world-class Dog Trainer from New Zealand is worth taking a look at. This online resource has hundreds of fun informative dog training videos that can help you learn the basics and beyond to grow up a well behaved Norwegian Lundehund.

The Lundehund does not require much grooming. A weekly brushing should do the trick.

Regularly check his ears and clean them if they have built up any debris or dirt.

Fun fact 1: he can actually wiggle his ears and even close them to protect his ear canals. This is so he can burrow into a deep spot without getting dirt and water in his ears.

If he doesn’t wear down his nails naturally, then you will need to trim them regularly.

Fun fact 2: you have an extra toe to groom with the Lundehund because he has six of them on each foot! He has the normal four toes that point forward, but he also has two toes that point to the side.

These extra toes helped him hang on to the sides of cliffs he climbed to hunt puffins.

For the Norwegian Lundehund, climbing is a strength. This is because his ancestors used to climb steep cliffs in order to hunt puffins.

Really, the Lundehund is happy with any exercise, so long as it is an available option on a daily basis.

One thing the Norwegian Lundehund has no problem exercising is his neck!

The Norwegian Lundehund neck is a topic of fascination in that it can bend all the way back and touch his back! The Lundehund is, in fact, known for being very flexible.

This flexibility can come in handy in that you don’t have to worry about being careful with him while you’re horsing around. Chances are good that he’ll be just fine.

One of the biggest concerns people have about Norwegian Lundehund puppies is their health. They’re typically healthy dogs, but they can come down with something called “Lundehund syndrome.”

There is no cure for this condition, but if caught early, you can manage the disease and its side effects. The Norwegian Lundehund's life expectancy is, on average, between 12 and 14 years.

Note: If you agree that your health and your dog's health should be a top priority then get a copy of The Ultimate Guide to Dog Health.  Your Norweigan Lundehund friend will love you for it. This guide will help save you money, time and most of all help you be vigilant and keep your dog healthy. 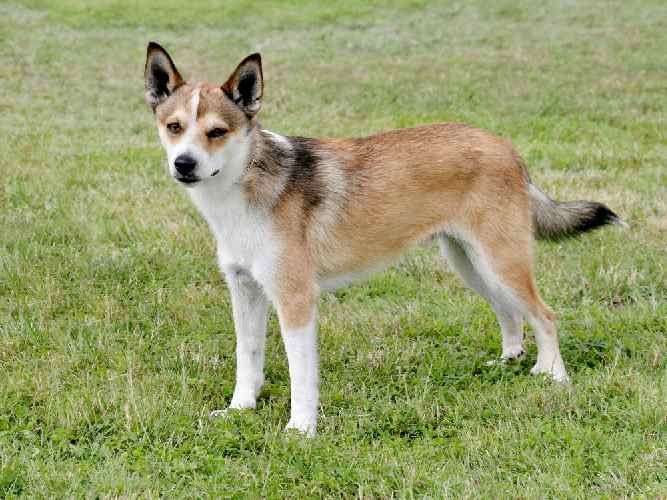 So, you've decided that you're going to take the plunge and add a Norwegian Lundehund puppy to your family. Wonderful!

You can find a Norwegian Lundehund for sale either through a breeder or a rescue or adoption service.

The average Norwegian Lundehund price is around $2,000, and it only goes up from there.

The price of the dog depends on where you get it and how much the breeder you choose prices his or her puppies for.

If you decide to choose a mix breed then in addition to Lundehund syndrome, you should also research the conditions that affect the other breed that makes up the mix.

If you’re in the market for a Norwegian Lundehund sale, you should research breeders who specialize in the breed.

A good resource to consult is the Norwegian Lundehund Association of America.

There aren't too many breeders to choose from in the U.S. This shouldn't come as a surprise, though, considering as of this writing there are only 1,400 dogs total in the world.

And you should always choose a breeder that you can visit. You want to be able to check on the conditions the dog is living in, as his environment greatly affects a dog's individual temperament.”

The Norwegian Lundehund temperament can make him both a joy to be around and to watch, and a royal pain in the butt. Trying to train him can be an incredibly frustrating experience, as he loves to outsmart his humans.

He is also a suspicious pup. If you want to be able to introduce him to new people without running into issues then you must socialize him early and often.

The Lundehund is generally healthy, so long as he doesn’t come down with “Lundehund syndrome.” Else, his lifespan may be significantly shorter due to this terrible disease for which there is not yet a cure.

As for the Norwegian Lundehund cost, you're looking at a minimum of $2,000 if you buy one from a breeder. Go through an animal shelter if you’re looking for one that costs significantly less money.

Next post: Norwegian Buhund Temperament (Energetic, Friendly): Do You Have Room in Your Home (and Heart) for This Fun-Loving Breed?